Why is sturgeon caviar so Expensive? 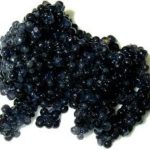 At first glance, one may wonder how humble fish eggs can be so sought after, but true caviar is considered one of the finest delicacies and one of the most expensive foods in the world – with a namesake dating back to Aristotle, Marco Polo, and other such explorers made immortal in our history books. Sturgeon caviar has long been synonymous with the luxurious way of life.

True caviar captures the epitome of the slow food movement. It’s the perfect storm of evolution and innovation. It is one of the oldest delicacies in the world. But few have unraveled the secret behind the source – so today we address the question – why is caviar so expensive?

To understand the rare and refined nature of the black pearls of the sea, you first have to go back to the art of production. The world’s best caviar comes from the endangered species of beluga sturgeon. The sturgeon fish is one of the oldest anadromous creatures to be found in the cold clear waters of the Caspian Sea. A mammoth and late-maturing fish, the female beluga sturgeon can live for 118 years and doesn’t produce fish eggs for a cycle of at least 18 years. Farmers who are committed to sourcing the expensive food of beluga caviar are locked into a waiting game

Beluga caviar has long been in demand, centuries of imports and exports have made the sturgeon fish an endangered species – especially in the sturgeons preferred playground of Iran’s Caspian Sea. Back in 2010, when the sturgeon population was reclassified and added to the endangered list, heavy production was halted, and Iran had to place countrywide controls on the industry.

Now, not only was the production of sourcing beluga caviar extremely slow due to the natural cycle of the sturgeon fish, but the restrictions on production and firm control of imports and exports led to further scarcity

In an attempt to keep supply and demand high, other countries tried to farm their own beluga sturgeons, hoping for their own bloom of onyx fish eggs. However, the native brackish conditions of Iran’s Caspian Sea cannot be replicated in far-flung fish farms out in Florida or China, and the result will often be of sub-par standards.

Wild fishing for the beluga sturgeon has endured a massive clampdown, but Iran remains a place where sustainably farmed conditions are as close to wild fishing as the industry can ever hope to get. The highly coveted species of sturgeon are raised legally and under strict duress on Caspian Sea coastlines until the female roe is ready to be naturally harvested.

The caviar farms that dot the coastline are heavily regulated and backed by government revenue. There is no room for experimentation in this market – quality is everything. This high level of investment drives up the value and caviar has become Iran’s priciest export – even eclipsing the global power of oil. Iranian caviar has become a dynasty – with the Michelin community all committed to sourcing Iranian when it comes to the fabled elixir ingredient

The reason as to why sturgeon caviar is so expensive seeps through many avenues of time, curated conditions, and finally the experience of taste. Pop a silver spoon into a jar of salt-cured black pearl sturgeon caviar and the senses seem to come into perfect alignment.

There’s a soft creaminess to the palate, as delicate as freshly churned butter, enriched with earthy hues of walnut and the slight tang of cured fish, and a texture that is as round and silky as a perfect bottle of burgundy.

When you invest in the black pearls of the Caspian Sea you are purchasing the taste of centuries of commitment, decades of delicate tweaking, and years of love and waiting