Getting Someone Released From Jail 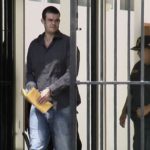 In the unfortunate event that someone you know is arrested and taken to jail, it can be a difficult time because you don’t know what to expect. Depending on the charges, there are options available for the release of the person from jail until the court date. As soon as you learn that the person is in jail, you need to begin contacting bail agents who can process the paperwork to have the person released in a short time.

When you contact a 24/7 bail bonds Grover Beach CA agent, there are a few details that you need to have on hand. These include the full name of the person who is in jail. You also need to know the location of the jail. Another important piece of information that you need to know is the crime that the person was charged with committing. You don’t need to know whether the person is guilty or not. The only thing that the agent will look at is the nature of the crime and the background of the person as there are some crimes that agents can’t or won’t assist with, such as a rape charge or if the person has a lengthy history. There are some charges that don’t have a bond amount attached to them. If the person you know has been arrested on one of these charges, then you won’t be able to do anything with the bail agent until the person goes to court.

After you pay the agent the required amount so that the person is released from jail, you need to understand that you will likely not get this money back. Most agents require at least 10 percent of the bond amount before processing the person’s release. Some agents will want more than that amount. You can pay the agent in cash, which is the most common form of payment. Other options include a credit or debit card. Most agents won’t take a check. There are some agents who will accept collateral for the payment, such as a car title or a property title. If the person doesn’t go to court after being released, then there is a risk of losing the collateral that you used for the release of the defendant.

If there are any indications that the person isn’t going to go to court, then you need to let the bail agent know so that the proper steps can be out in place to secure the defendant or to ensure that the person does go to court. After the person is released from jail, they usually can’t leave the state or the country. There are activities that the person can take part in, such as working, going to school, and normal daily tasks. However, if the person is arrested while out on bail, then the bail will usually be forfeited. This would mean that the person would have to stay in jail until the court date and could spend a longer time in jail because of the new charges.