What You Should Know About Immigration Bonds 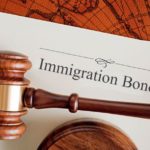 If you or someone that you care about has been detained due to issues with immigration, they may be stuck in jail until their court date if someone cannot post bond for them. It’s important to note that any immigration bail bonds Cincinnati OH are not available for everyone who has been detained due to immigration laws. There are certain qualifications that must be met in order to qualify for one and it is determined on a case by case basis.

The organization that arrests foreign nationals is known as ICE, or Immigration and Customs Enforcement of the United States. If ICE determines that you are not a flight risk and do not need bail to ensure that you return to court, they will sometimes release the defendant own recognizance. If the defendant is required to post bail before being let out of detainment, there are 2 types of immigration bonds that can be issued.

In the case of a delivery bond, the defendant is not agreeing to leave the country until the court orders it. They promise to show up to all immigration hearings but in the meantime are able to spend time with their friends and family that are living in the United States. This type of bond must be issued by an immigration judge or ICE. By getting a delivery bond, the defendant is also able to use the time they are released from jail to consult with an immigration lawyer about their case which may potentially help them to stay in the country.

Immigration bonds will vary between each case depending on the charges and the situation that the defendant is in. Things like criminal history, employment, family ties, and immigration status will all play a part in how much the bond would be set for. At a minimum, an immigration delivery bond is usually set at $1,500 and can go up to $10,000 depending on the defendant and the court. Departure bonds are usually set at around $500 at a minimum throughout the United States. It’s important to remember that it can take up to a year and sometimes even longer have this money returned to the defendant after proving that they have left the United States.

There are 2 ways that someone can pay for an immigration bond that has been placed against a defendant. If they have the resources, they can pay the entire amount to ICE through money orders, bonds, notes, cashier’s check, or cash. In the case of surety bonds, friends and family can go through a surety bond agent who will issue the rest of the money after a small percentage is provided upfront.